What do you do if you are an avid reader and the closest feminist bookstore is 1000 miles away?Well, you open your own bookstore. That's what Anna McColl and Margaret Phillips did in 1984 and thirty years later, The Northern Woman's Bookstore continues to provide valuable service to Thunder Bay and Northwestern Ontario.

It all stemmed from discussions held by the Collective of the Northern Woman Journal (one of the longest running Canadian Feminist newspapers 1973-1995). A vibrant feminist community emerged in Thunder Bay in the 1970s: feminist services were founded; analysis, advocacy and political action were fostered by the NWO Decade Council; NWO Women's Centre and the Journal; but what was missing was the literature and there was a great longing for women's writing.

The Northern Woman's Bookstore started small in a tiny cubby-hole space on Bay Street with 300 books. Over the next few years several moves were made to larger spaces and increased book selection. Then in 1992 our present home was purchased with space for a considerable expansion of books and to hold events: readings, book club, writing group, pot lucks. 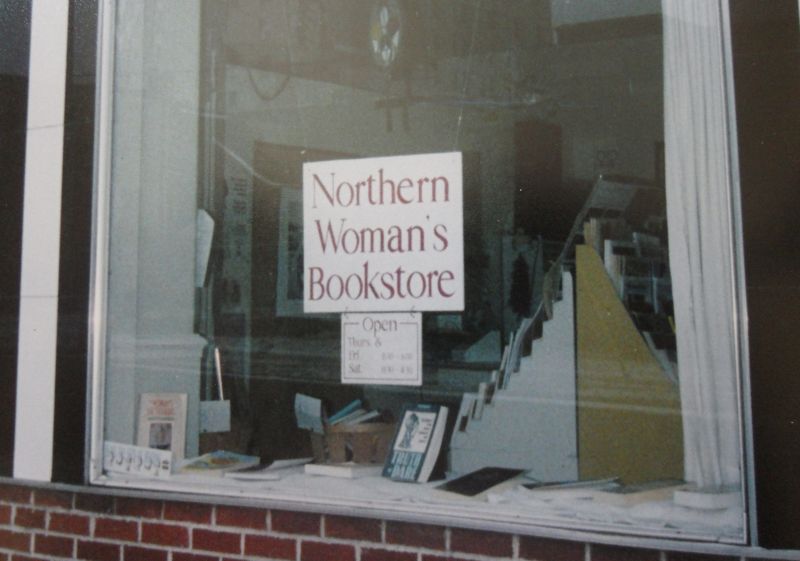 From the beginning an important role of the bookstore was to take books to women's gatherings throughout the district, to ensure readers from smaller and isolated communities had access to our books. We provide a mail order service anywhere in Canada.

Making feminist analysis, women's history, books on violence issues, lesbian literature, women's health (etc.) accessible to our readers is as important today as it was in 1984. Valuing and validating women's experience, achieving equality for women and ensuring women's safety requires the continuous efforts of many committed women. We believe a woman's bookstore is a necessary resource to compliment and augment the work of many activists.

It is also important to provide exposure to wonderful, quality literature. The most exciting development has been the tremendous growth of writing by aboriginal authors. Hundreds of authors and (at least) 4 aboriginal presses are providing such a necessary component to our literature.

The Northern Woman's Bookstore tries to introduce new authors (usually published by small presses with limited publicity potential). We focus on newly published Canadian authors; international writers just beginning to be translated; and we give special emphasis to our own, the splendid work of northwestern Ontario novelist and poets.

Although legally a sole proprietorship, the Bookstore operates with the collective support of active volunteers and part-time staff.

Celebrating our 30th anniversary in 2014: